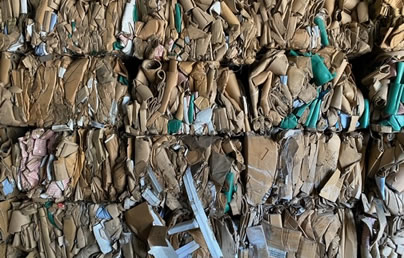 Cardboard is a popular packaging and distribution medium that we all need and always use. Used for everything from milk cartons to labels to the cool boxes we get from our favorite online stores, cardboard is a popular staple commodity used in households, companies, and factories all over the world, right here in North and South Carolina. Though there’s a lot of cardboard out there, it doesn’t imply the cardboard has to end up in the dump like other trash. Rather, why not let our cardboard recycling options take care of your cardboard recycling issues. Before we get into the details, let’s learn about cardboard Recycling in general and why it is important to do so.

WHAT IS CARDBOARD RECYCLING?

Recyclers and waste haulers also use the phrase OCC concerning cardboard. The word “cardboard” applies to corrugated packing materials during usage. Industry insiders know this commodity as an old corrugated cardboard/container (OCC). Its multi-layer construction can easily be identified by corrugated cardboard. The fluted or waved middle layer between the sheets of paper makes the corrugated board lightweight, but giving it the power, it requires to support the items. Cardboard is a very versatile packing material used for many various kinds of goods.

If OCC is managed to keep dry and clean, recycling is simple and clear as long as all non-paper product such as bubble wrap, bamboo skids, plastic bottles, plastic packaging, and Styrofoam is extracted.

As per the American Forest & Paper Association, paper and paperboard were retrieved for domestic and international use at a significant rate of 67.2% in 2016. As per the Corrugated Packaging Alliance, the figure for OCC is an even more noteworthy 92.9 percent in 2015, already a record high. On average, the corrugated compartment includes nearly 50% recycled fiber. About 51 percent of OCC is used to produce new corrugated boards, with 11.5 percent being used for boxing products, such as milk cartons. About 32% of the recycled OCC is shipped.

As per the Corrugated Packaging Alliance, the OCC restoration figure soared from 72% in 2006 to 89.5% in 2014. When more is recycled, less is going to the garbage. This decrease leads to reduced emissions of methane. Between 2006 and 2014, the cardboard industry decreased its carbon dioxide emissions by 35% as a consequence of enhanced recycling of OCC and it being used as a fuel instead of fossil fuels.

ADVANTAGES AND PROCEDURES OF CARDBOARD RECYCLING:

There are a variety of advantages to OCC recycling rather than dismissing it. Recycling OCC decreases electricity and water usage thus cutting carbon dioxide emissions and other air contaminants such as overall decreased Sulphur (TRS), volatile organic chemicals (VOCs), and harmful air pollutants (HAP). Cardboard recycling also decreases the need for virgin timber. It takes over three tons of trees to make only one ton of virgin cardboard. Recycling also aims to reduce the cost of tipping waste. The reuse of one ton of cardboard saves more than nine cubic meters of waste disposal volume.

That being said, the cardboard packages should be opened and crushed before even being loaded into the storage bins. Dangerous pollutants must also be extracted. This makes efficient use of the room as well as that the packaging is safe and eligible for recycling. In OCC recycling, baling or not baling is a critical aspect. For small industries that produce a very small volume of OCC, assembling OCC physically, packaging the loose OCC in an appropriate container, and collecting it through a conveyor is optimal. On the other side, industries that produce a significant quantity of OCCs can use large storage bins and then compress or bale them using an automated baler for effective transporting of OCCs to recycling centers. One of the newer developments in the use of shredding in association with compression or baling to maximize the strength of transport material.

ARE YOU LOOKING FOR THE BEST CARDBOARD RECYCLING SERVICE?

We’re trying to make recycling as convenient as feasible, so people are more inclined to recycle if it’s an easy choice! This implies that we deliver several different forms of recycling to individuals and companies here in South and North Caroline, including cardboard recycling. We will also come and pick up your cardboard waste at a time that is suitable for you, like on-call periods when your garbage cans or tanks are full due to over-average use.